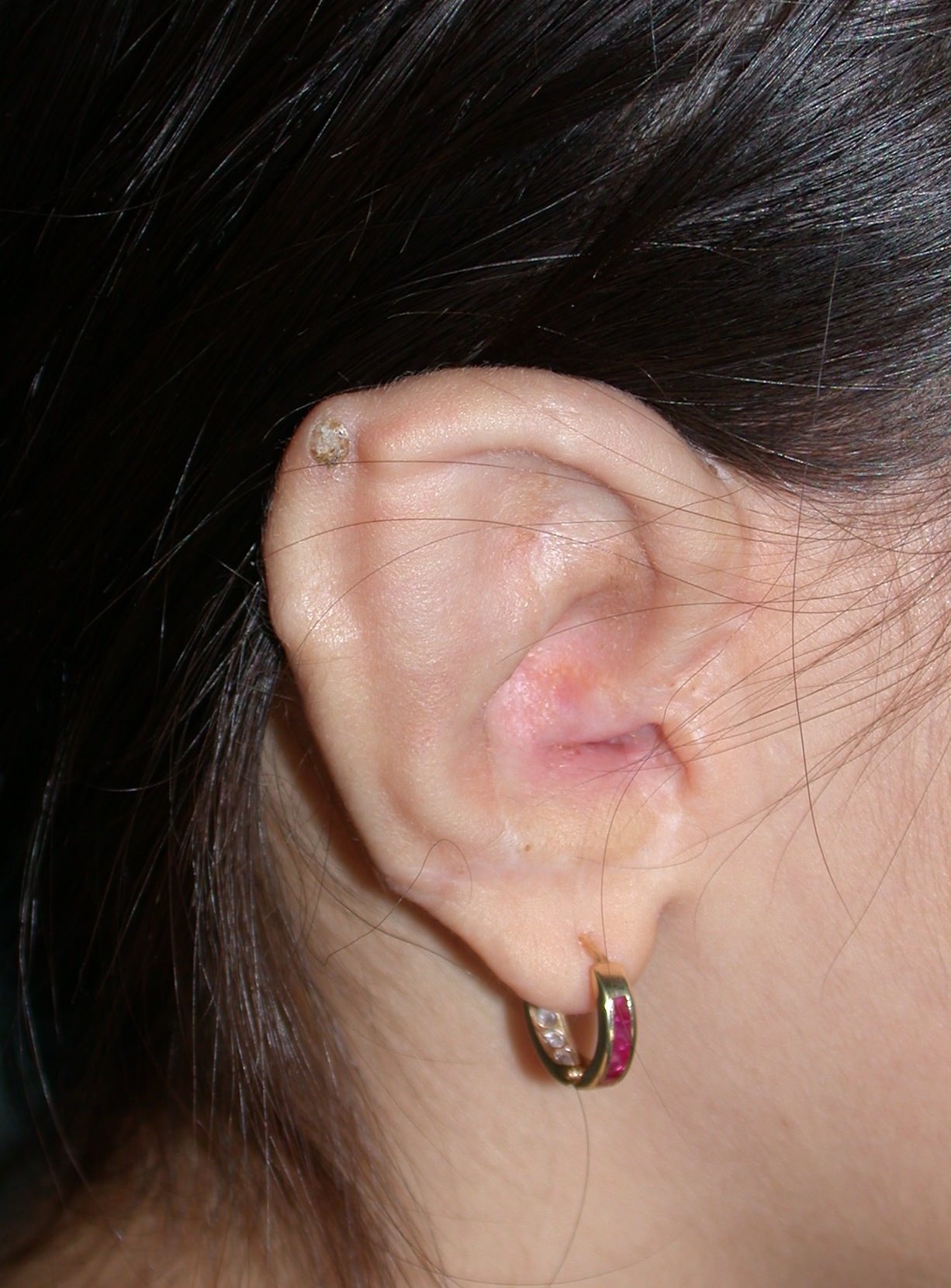 Most implant exposures occur within 4 months of the ear reconstruction. An impeding exposure or an early exposure are early complications that require immediate attention to salvage the Medpor ear reconstruction without needing to redo the entire procedure.

An impeding exposure is noticed when one observes a discoloration of a small portion of a skin graft suggesting that it is not taking. It can be either be caused by a decreased vascularity of the flap (usually due to excessive tension when applying the flap around the implant on the superior portion of the helix or due to an intraoperative vascular injury) or by external local pressure applied on the reconstructed ear. It is important to recognize the complications early and act on it rapidly to be able to salvage the reconstruction. An impeding exposure or early exposure should be taken right away to surgery for debridement of the affected area, wash out and adequate coverage. In the absence of infection, early take back of an impeding exposure or exposure allows salvage of the ear implant. Management involves thorough debridement of the devitalized tissues (skin and flap) and irrigation of the implant. As mentioned above, in the absence of infection, the implant can be maintained in position and does not need to be removed if it has been exposed for a short period of time (2-3 weeks).

Coverage of the freshly exposed implant would vary based on the location of the exposure.   The 2 most common areas for early exposure include the superior portion of the helix and the inferior medial portion of the conchal bowl. If the superior portion of the helix is about to be exposed or is acutely exposed, a local deep temporoparietal fascial flap using the post-auricular incision can be used for coverage. In the case of an exposure at the level of the inferior medial portion of the conchal bowl, a local inferiorly based fascial flap is raised in the post-auricular region and tunneled to the exposed area. The tunnel can be created by releasing the lobule, insetting the flap and then re-inset the lobule. A fresh full thickness skin graft is then applied. Also, prior to flap coverage, we recommend to irrigate thoroughly the exposed portion of the implant using an antibiotic solution using an Intravenous catheter to try to push the irrigation fluid into the interstices of the porous polyethylene implant. It is important also to design a wide based local flap that is much larger (20-40%) than the defect to cover.